Wycliffe Hall Library is at the heart of study and research activities of the Wycliffe Hall Community. It is the primarily resource for the students, academics, researchers and staff of the Hall. Like most Oxford college libraries, it is an independent institution, not being part of the Bodleian Libraries, and offers collections and services which are specifically tailored to meet the academic needs of the Hall members. Therefore our collections are dedicated to support the courses taught at Wycliffe hall. They are particularly strong in biblical studies, ethics, doctrine, Christology, apologetics, evangelism, Christianity and science, spirituality, homiletics, liturgy and worship, church history, and interfaith studies. The library holds around 30,000 items.

The Wycliffe Library has long been a cherished part of the institution, and has moved around over the years as it outgrew various rooms, finally arriving in Old Lodge at the turn of the 1970s. (The first recorded need for a larger library space was noted in the College Minute Book of 1932).

By virtue of being principally an undergraduate level collection, there are no Gutenberg Bibles unfortunately, but there are a few early editions: PARR The Works of…Elnathan Parr (1651); GURNALL The Christian in Complete Armour (1679); LATIMER The Sermons of …Master Hugh Latimer (1758), and KENNICOTT, Benjamin Vetus Testamentum Hebraicum…(1776).

Steady collecting resulted in an ever-larger card catalogue, but the advent of computerisation in the late 1990s meant that a digital catalogue could be so much more easily searched, and so the Heritage system was purchased in 1999, and the long process of RetroCon began (the retrospective conversion of card records to computerised records).

The RetroCon Project has now been largely completed, and all new books are added directly to the online catalogue. This means that they may be searched for by author, title, subject, keyword, classmark, etc., etc., and thus be much easier to find. There are approximately 25,000 books in the collection.

The incorporation of the Hall into the Oxford University system in 1997 meant that students now had unfettered access to the Bodleian catalogue (now in excess of twelve million items), and borrowing privileges at some libraries, e.g. the Philosophy and Theology Faculties Library, now housed in the former Radcliffe Infirmary.

In addition to this, students acquired access to the several hundred online databases bought by the Bodleian, particularly ATLA (a comprehensive database of theological articles dating back to the 1940s).

In the last few years the Library has struggled to find space to shelve its ever-burgeoning collections adequately. During summer 2017, major works were carried out in the Library to resolve the storage issue, with the construction of an internal staircase connecting the upper and lower ground floors, and the installation of mobile shelving, effectively increasing book storage by almost half, and enlarging student study spaces. 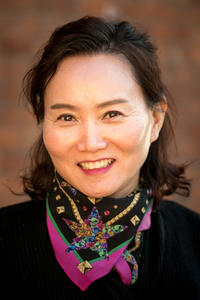 She is the college librarina at Wycliffe Hall and currently the chair of ABTAPL (Association of British Theological and Philosophical Libraries), delivered training sessions on GDPR and digital apps for librarians, and wrote three articles “From keeper of books to keeper of data” (2018), “My perspective on being a theological librarian as a career” (2019), and "A history of theological libraries in Oxford (2022)" in the Bulletin. In addition, she looks after the ABTAPL eBook collection and provides regular technical support to our ABchATL sessions on Zoom. She is also a board member of BETH (Association of European Theological Libraries) and the Committee of Oxford College Librarians, as the Theology rep.  Hannie holds an MSc in Library Science, an MA in Education, and a BA in Psychology.

Publications from the Wycliffe Hall Community

Publications from the Wycliffe Hall Community