The Inkling Scholar for Literature and Theology

Wycliffe Hall is pleased to announce the appointment of a new scholarship devoted to research and teaching in the area of literature and theology. DPhil candidate Andrew J. Newell, who is conducting research with the English Faculty at the University of Oxford, has been named as the first ‘Wycliffe Hall Inkling Scholar for Literature and Theology’. Andrew’s doctoral research is focused on the hymns of the English poet and man of letters, William Cowper (1731-1800).

Though an eighteenth-centuryist by training, Andrew’s interests are broad:

"Virtually everything written and published in the English language up until the early 20th century was written from within the context of Christianity. The intersection between literature and theology, therefore, is both a colossal and vital area of study. I’m extremely grateful to Wycliffe Hall for the opportunity both to further explore it, and to share what I find with the community and beyond."

As the Inkling Scholar for Literature and Theology, Andrew will be tasked with delivering two lectures per academic year on the area of religion and letters. To date Andrew has given three lectures at Wycliffe Hall. These have covered diverse topics, from the textual history of the hymn, ‘Hark! the herald angels sing’, to the theology of T.S. Eliot’s Four Quartets. The latter was given at the 2018 Wycliffe Hall Summer School, while the former was delivered at Wycliffe’s ‘Principal’s Hour’, and subsequently at Calvary Church in Manhattan, New York, and for Friends of Wycliffe Hall, at an event largely attended by members of St John the Divine, in Houston, Texas. Most recently Andrew spoke at Wycliffe on ‘The Listening Principle’ in the work of the contemporary American author-theologian, Frederick Buechner. Concerning the appointment, the Principal, Revd Dr Michael Lloyd, said:

"I am delighted that Wycliffe is able to endorse vital research and promote teaching in this most important area. Scholarship that unites these two disciplines is critical, as is the broader work of uncovering the treasure trove of literary and theological thought penned in our language, from John Milton to Geoffrey Hill, Jane Austen to J. R. R. Tolkien, and John Bunyan to Frederick Buechner. Andrew is an expert in this area, and we are truly glad to have him here at Wycliffe as the Inkling Scholar for Literature and Theology." 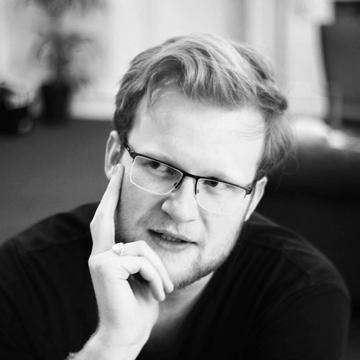