The Wesley Centre for Missional Engagement

Patron: the Most Reverend and Right Honourable Justin Welby, Archbishop of Canterbury

The vision of Wycliffe Hall is to ‘see the nations transformed by the gospel’, because we are compelled by the love of Christ.  Evangelism has always been in the DNA of Wycliffe Hall since its founding in 1877, but the need to ‘proclaim afresh the Gospel to our own generation’ lay behind the launch of the Wesley Centre for Missional Engagement in 2018.

Church statistician Peter Brierley has said of the western Church that it is “one generation away from extinction”. Despite rumours of a revival, the church in the West seems in perennial decline and in the face of aggressive secularism has largely lost confidence in the Gospel of Jesus Christ. Against this backdrop, Christ has said “I will build my church and the gates of hell will not prevail against it” (Matthew 16:18). Whilst much has been done to encourage and equip faithful preaching in the church in previous decades, there appears to be a discernible deficit in training in evangelism and evangelistic preaching.

Wycliffe Hall launched the Wesley Centre for Missional Engagement with the express purpose of raising up a new generation of evangelists that can help stem the decline and facilitate church growth. Wycliffe’s Director of Ministerial Training, Greg Downes, a member of the Archbishop’s College of Evangelists is leading the centre and the Archbishop of Canterbury, The Most Revd and Rt Hon Justin Welby, is the patron. Wycliffe Hall is indebted to him for his support.

The purpose of the Centre is twofold: to equip future clergy as missional leaders; and to discern, develop and disciple a new generation of evangelists ready to be deployed to assist the church in fulfilling her missional mandate. The Centre will host a number of conferences and training events, notably the School of Evangelism and an annual public lecture in memory of Revd Michael Green.

The centre is named after John Wesley (1703-1791), one of the greatest British priests, evangelists and social reformers. Wesley was a crucial figure in the Evangelical Revival within the Church of England of the 18th century. After his Aldersgate Street experience where he ‘felt his heart strangely warmed’, he went on to travel and preach the gospel ceaselessly, often preaching to large crowds of urbanised people who had been uprooted from their villages.

Wesley began his journey of study, prayer and discipline here in Oxford. Three hundred years ago – on 24 June 1720 – he came to Oxford as an undergraduate, beginning his studies at Christ Church College (click here for a celebration of his matriculation anniversary). Wesley had just turned 17, and it was to be the start of a long association with Oxford, a place which would become hugely significant to the development of his faith and the growth of the Methodist movement. He was also ordained at Christ Church cathedral. By naming the centre after him, we want to celebrate the wide-ranging contributions that Wesley has made to the Christian faith and mission, and recognise his ongoing significance to Christians around the world. 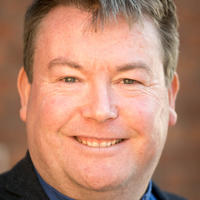 Revd Greg Downes is the Director of Ministerial Training at Wycliffe Hall and ​​​​​Dean of The Wesley Centre for Missional Engagement.

Greg was formerly Theologian and Missioner at St Michael le Belfrey in York, before coming to Wycliffe in 2017. He has been a lecturer at the London School of Theology and, more recently, St Hild College, and is a member of the Archbishop’s College of Evangelists. He has ministered on five continents, been a school teacher, prison & university chaplain and stood for election as an MP. He is married to Tamie, a GP, and they have two young daughters, Anastasia & Trinity.

In 2018, Greg was in charge of launching the Wesley Centre for Missional Engagement at Wycliffe Hall with the purpose of raising up a new generation of evangelists who can help facilitate church growth. Therefore, the aim of the WCME is to work towards the re-evangelisation of the nations by equipping men and women to lead others to Christ and then discern, disciple and deploy others to do the same.

The WCME runs various events a year, notably the School of Evangelism which will take place again this year from 7-10 December 2020. For more information, please email wesley.centre@wycliffe.ox.ac.uk.

The School of Evangelism

In the two years it has been running, the School of Evangelism has featured outstanding speakers such as Prof NT Wright, the Revd Helen Roberts, evangelist Michael Ots, Canon Roger Simpson, and Prof John Lennox. The week has also included praxis events such as an evangelistic advent carol service in the University Church, a Christmas Formal Hall with after-dinner speech, and comedy evangelism with Mark Ritchie.

Michael Green was present throughout the week in 2018 and commented: “The mix of theology and praxis was superb… a week which will live long in the lives of many of these students.”

The School of Evangelism 2020 will take place from 7-10 December (Michaelmas Week 9). If you are interested in taking part, please email wesley.centre@wycliffe.ox.ac.uk.

“Evangelism is never proclamation in a vacuum; but always to people and the message must be given in terms that make sense to them.” So said the late Michael Green (1930-2019) in his seminal book ‘Evangelism in the Early Church’, encapsulating the call of Christians to proclaim afresh the Gospel in each generation in a way that resonates with its hearers.

Wycliffe Hall now hosts an annual memorial lecture in honour of the late Revd Canon Dr Michael Green.  Michael was perhaps the best known evangelist within the Church of England, who had a distinguished ministry as a priest and theologian, having been Rector of St Aldates Oxford and Professor of Evangelism at Regent College Vancouver.  Archbishop George Carey requested that he return to the UK from Canada to help lead the Decade of Evangelism in 1990.  Halfway through that decade he became a lecturer at Wycliffe Hall Oxford, a position he held (latterly in an honorary capacity) for the next 25 years until he died on 6th February 2019.

The Inaugural Lecture, entitled ‘The Early Christians and the Mission of God’, was delivered by Prof. NT Wright, Senior Research Fellow at Wycliffe Hall.  It was held at St Aldates Church (where Michael was Rector between 1975-1987) in December 2019. You can listen to it here.

Revd Greg Downes, said, “It is a great privilege for us to host this public lecture in honour of Michael Green, as an expression of our esteem for him and in gratitude to God for his life and ministry, which has impacted so many thousands of people all around the world.”